The Raifa Bogoroditsky Monastery is one of the most beautiful sites in Tatarstan. The Monastery was founded in the 16th-17th centuries. The ancient cloister is located on the bank of a beautiful lake and surrounded by virgin forests. Here everyone can feel in amazing unique atmosphere of solitude and quiet reigning here, which is due to the primeval silence and remoteness of the place. Anyone approaching the monastery can contemplate a wonderful harmony of the architectural ensemble, crenellated walls of white stone, the Gate bell-tower looking into the sky, golden crosses on the green and sky-blue temple domes. You can see a living ocean of beautiful flowers different in their color and scent in summer and pure whiteness of snow in winter. An inexpressible grace you cannot experience outside of church descends on everyone entering here with a pure heart and good intentions. 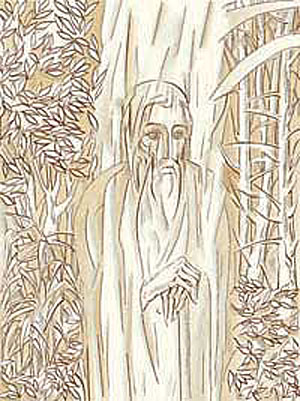 The history of the monastery goes 300 years ago back. It was brutally plundered and then closed in 1928. In 1933 they organized a colony for juvenile delinquents. Later it become a technical school, and the temples and the fraternity building housed workshops, a club, and a dining room.

The holy dwelling regained its function in the beginning of the '90s when its prior archimandrite Vsevolod took it upon himself to restore the monastery for it was in utter desolation for more than half a century. By 1991 some buildings had been almost completely destroyed. 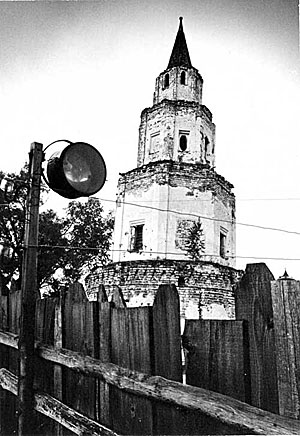 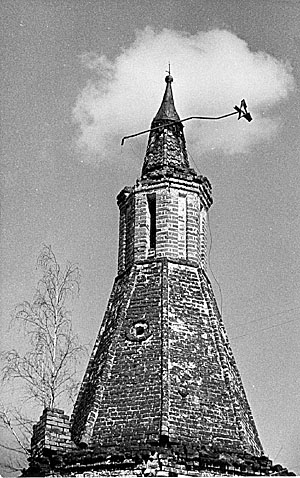 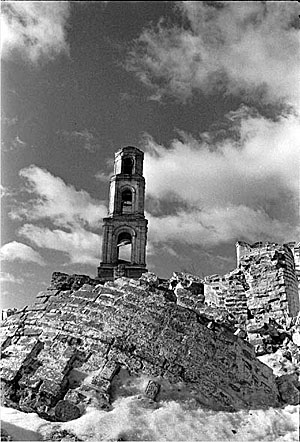 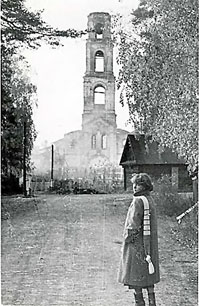 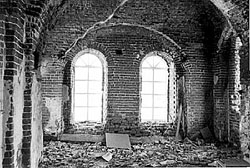 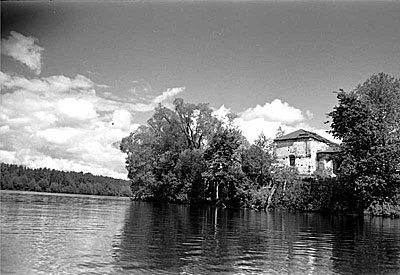 20 years have passed. All the buildings were completely repaired; decoration and restoration works are now under way. The monastery of Raifa regained its shining magnificent once lost. Services are resumed in all temples, prayers are being said , and the soul of these ancient walls once again found its dwelling place. 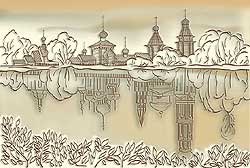 Much has been done to restore the holy cloister, and much work is still ahead. The fraternity building, a pilgrims inn, and a car park are still to be built. Recently, the monastery received as a gift a 3-storey wooden house of pre-Revolution times to be used as an orphanage after repair works. As you enter the monastery, to the left of the wall you can see a grave-yard where the monks found their place. But after the October Revolution the grave-yard was destroyed. In 1991 the bones of the deceased, were collected and buried in a common grave, and on September 1, 1997 a memorial cross of white stone was erected there. At present the grave-yard serves as a flower garden and slab stones resemble grave fences. On the days of special remembrance of the deceased twice a year the fraternity of the monastery say remembrance prayers in the presence of multitudes of believers.

In the middle of the monastery there is a magnificent Trinity Cathedral built by an architect Malinovski in 1904-10. It is a wonderful example of ancient Russian architecture viewed from a modern perspective. The temple resembles Moscow churches of the XVIIth century. The second biggest cathedral of the monastery was sanctified in the name of the miraculous icon of the Virgin of Georgia which is the main shrine of the Raifa monastery. At present the cathedral is completely restored and the decorative works are being finished. Before it was closed in 1930 the glory of the Raifa Bogoroditsky Monastery  was so great and its main shrine, the miraculous icon of the Virgin of Georgia was so revered and loved by people that even the Trinity Cathedral did not have enough room for all the believers and public prayers were held outside right in front of the temple. On the Trinity Day the icon was usually triumphantly moved to Kazan accompanied by a great multitude of believers and church leaders from all over Russia, and on July 31 it was brought back.

Beside the southern wall of the monastery behind the grave-yard there is one of the oldest monastery cathedral, a temple of the Reverend fathers tortured in Sinai and Raifa. During his visit to Kazan bishopric on September 1, 1997 His Holiness Patriarch of Moscow and all Russia Alexi II visited the monastery of Raifa. Looking round the monastery His Holiness called for God to help archimandrite Vsevolod and the fraternity in their hard work on restoration of the holy cloister. To the great joy of the fraternity and believers he delivered services before the miraculous icon of the Virgin of Georgia and in a recently built chapel by the holy spring.

The harmony of the monastery's architecture includes small chapels and towers. Some of them were saved just on the brink of destruction, others had to be built anew. Among them is the temple of Faith, Hope and Wisdom their mother (above left), the smallest in Europe. Behind the southern wall there is a floating chapel on the lake which gives you a wonderful view at the neighbourhood. Before the monastery was closed it had four corner watchtowers Only two of them exist now. One of them is completely restored (right), the other is still being repaired.

In 1998 the monastery of Raifa received a half-destroyed temple in the center of Kazan sanctified in the name of Moscow miracle-workers. It was built in 1898 in honor of The tsar Alexander III's visit to Kazan. The reconstruction works are under way. Its beautiful chapel is completely repaired. After the reconstruction works are finished it will serve as a monk's residence.

While in Raifa, it cannot escape your eye that there are some children there busily walking in black monk's cassocks. There are orphans living in the monastery. The first boy came here in 1994. He had nowhere to live and the warden could not reject the child. Since that time the monastery walls have often heard the children's laughter. There are 18 boys now, aged from 7 to 17.

The Raifa Bogoroditsky Monastery is situated close to the city of Zelenodolsk on the land of the state natural reserve of the Volga and Kama rivers. Silence and Beauty reign here. You cannot imagine the monastery without the surrounding picturesque forests and lakes that people try to preserve. On the other hand, it is the monastery that contributed to preservation of the old forests which constitute the main part of the Raifa region of reserve. The monastery and the state reserve are the complement of one another in establishing eternal values over transitory ones and in admiring the beauty of God's creation which gives the understanding of the greatness and fragility of Nature we should preserve.

Coming in contact with Raifa gives people who are constantly in stress the feeling of consolation, the opportunity to regain peace, the hope to find oneself.