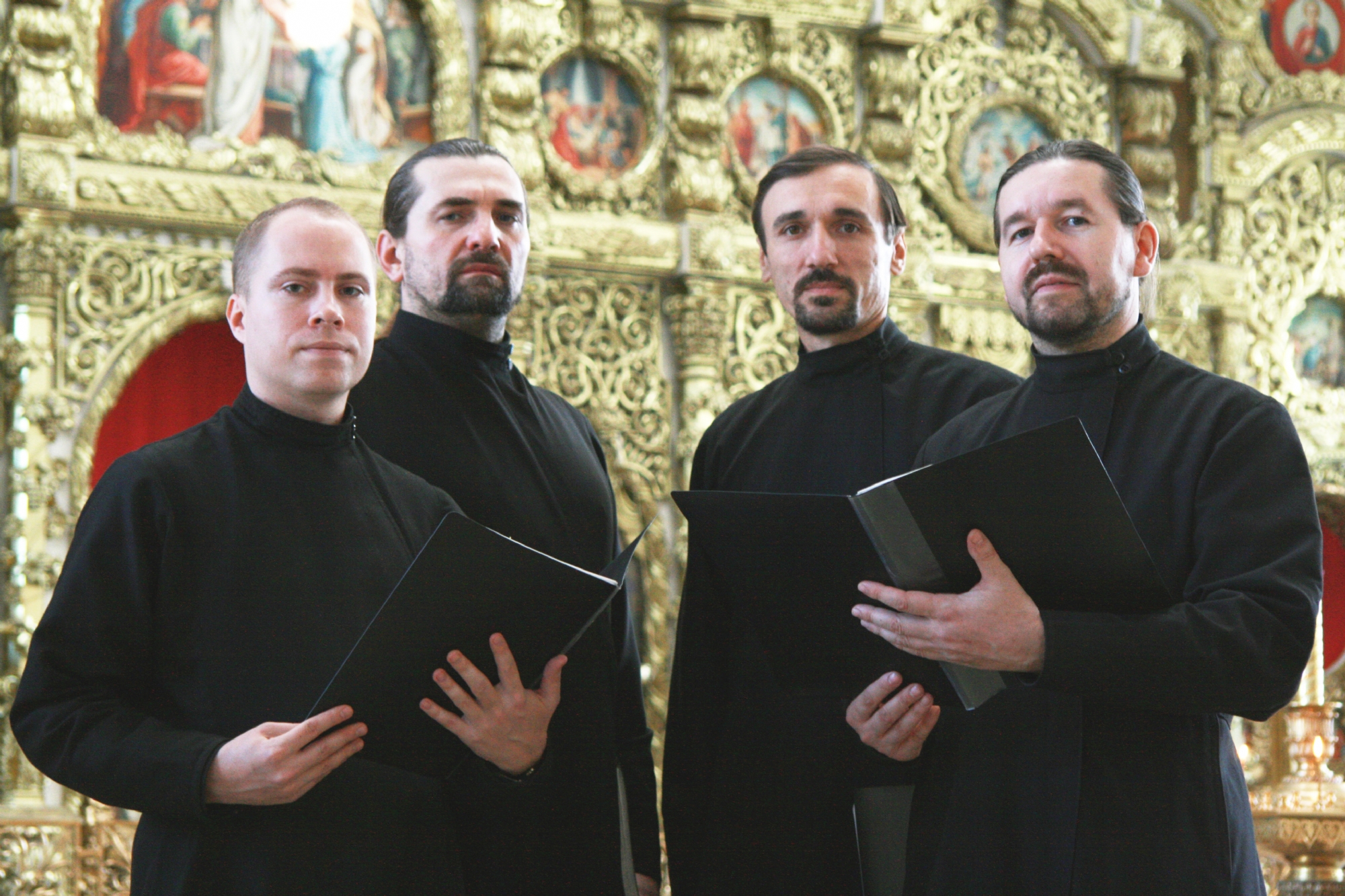 The Vocal Quartet "Pritcha" ("Parable") of Raifa Bogoroditsky Monastery was founded in 1992 on the very day of Monastery's revival. The repertoire includes Orthodox liturgy chants as well as Russian folk songs, romances and songs of their own composition, performed "a capella".

• "Pritcha" was the First Prize Winner at the 4th All-Russia Contest of Choirs "Singing Brotherhood" in Kaluga, 1997.

• It was awarded with Diploma of Honour at the Russian Folklore Festival on 850th anniversary of Moscow.

• In 1998 the Quartet was invited to the 17th International Festival of Orthodox Choirs in Hajnowka (Poland), where it was awarded with Diploma and Medal of Honour.
The same year in October "Pritcha" was invited to take part in "Days of Russian Culture" in Belostok (Poland).

• In May 1999 they performed their program at the Festivals "Krakow Meets Church Music" and "Days of Russian Culture in Poland".

• In June 1999 "Pritcha" participated in the 11th International Orthodox Church Music Festival in Russia. During the Festival the Quartet accompanied by hierodeacon German presented liturgy chants at the final performance of the 7th International Holiday of Deacons and Choir Mastership. The Holiday was dedicated to the memory of Great Hierodeacon Konstantin Rozov. This concert took place in the Church of Assumption at Novodevichy Monastery dedicated to Smolensk Icon of the Holy Virgin.

• At the end of October - early in November 1999, at the time of celebration of the 10th anniversary of collaboration of Gissen University named after Justus-Liebig and Kazan State University, "Pritcha" gave several concerts in Gissen, Marburg, Heuchelham, Wezlar (Germany).

• The Quartet held a concert in honour of Royal Family of Great Britain during their visit to Russia. The singers sound-tracked documentaries produced by TV companies of different countries.

• On the occasion of the Millennium celebrations the Quartet "Pritcha" participated in the International Project "Choral Singing for Peace and Justice". More than 300 choirs from many countries all over the Earth greeted the coming of new Millennium, performing "Across the Bridge of Hope". The Vocal Quartet of Raifa Holy Virgin Monastery represented Russia in the documentary, produced by National Swedish Television.
The Quartet accepts invitations and offers to perform its recitals as well as to take part in concerts and church services in Russia and in any other country of the world.
• August, 2001 the Vocal Quartet "Pritcha" participated in the 3d International Festival of Men's Choirs and Quartets Barbershop Harmony in St. Petersburg.