The church of the Kazan branch is consecrated in the name of the Holy Women at the Sepulchre. (The Three Marys in the western Christian tradition).

Saintly women: Mary Magdalen, Mary the wife of Jacob, Salomee the mother of Zebedee’s sons, Joahn who was a wife of a manager of Herod’s court, Suzanne, a rich lady who gave all her money to supply Jesus Christ and his apostles with all they needed. We call them the women bringing Chrism. They, who always followed Christ, couldn’t leave Him even after he was crucified. Taking the chrism without fear they went to His Sepulchre, to finish the rites of annointing the dead. These had not been done on the day of Crucifixtion because it was Saturday when these actions are forbidden by Jewish law. At this moment Jesus Christ appeared to them. The women were the first to see Him because they expressed even more love to Him than His male disciples.

The church praises these saintly women on the third week after Easter. 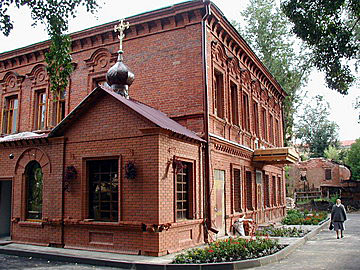 The Kazan branch of the Raifa monastery

The church of the Zelenodolsk branch of the monastery is consecrated in the name of St. Ioann of Kronstadt.

Pious Ioann Sergeyev was a priest in Kronstadt. Father Ioann led a pious and modest life, full of love to God and people. He was very much respected not only in his parish but all over Russia. God graced him with the gifts of healing and prophecy. God cured many sick people who came or were brought to Ioann from different parts of Russia through his prayers. The newspapers often reported cases of sick people, who lived far away from Kronstadt, who were miraculously healed after their relatives or friends just sent letters or telegrams to Ioann begging for his prayers and help. He always started praying immediately and healing came to the unhappy invalids. St. Ioann of Kronstadt died in 1908. He left several books of his sermons, which are still read today. January 2nd is his memorial day. 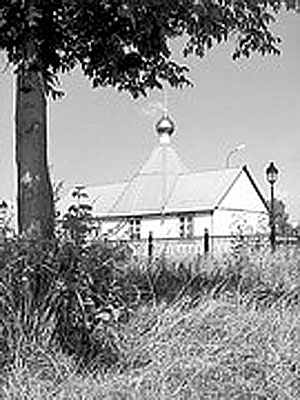 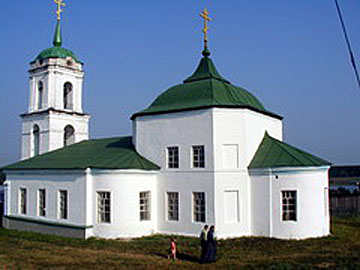 The church of the village Ilynskoje branch of the monastery was consecrated in the name of the Prophet Elijah, who exposed of all kinds of idolatry and evil spirits. The prophet Elijah worked many miracles in the name of Jehovah, God Almighty, who created the Heaven, the Earth and every living creature on it. He predicted the punishment of his country for its sins with three years of drought and famine. After that, as an answer to his prayers, the rains started and the land gave the people a great harvest. During the sacrifice on Mount Carmel when he argued against the pagan priests, he proved his righteous devotion to God and was raised to the heavens in a chariot of fire. It is said that his spirit passed to John the Baptist, who also exposed paganism and idolatry.

The holy day of the Prophet Elijah is on August 2nd.

The church in the village Bolshije Kliuchi was consecrated in the name of St. Apostle and evangelist John The Theologian.

John was a son of a fisherman from Galilee Zabedee. He, his brother Jacob and the Apostle Peter were the most beloved diciples of Jesus. He stood near the cross when Jesus was crucified and received an order from Him to look after Mary as his own mother. St. Apostle John wrote the fourth Gospel and the Book of Revelations or the Apocalype. He suffered greatly from the Christ’s enemies but died of natural causes, living more than one hundred years. His holy day is May 21. 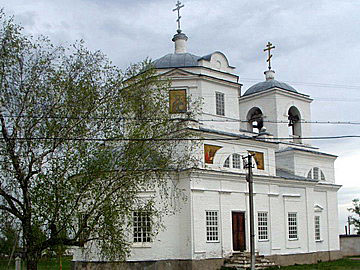 The Church of St. John The Theologian in Bolshyje Kliuchi

During Soviet times about 10 hectares of land were given to a state fur farm. In 2004, these lands which had belonged to the Raifa Monastery were given back. Plans exist to build a cowshed, greenhouses, a forge, playgrounds for children and a chapel near a small pond.